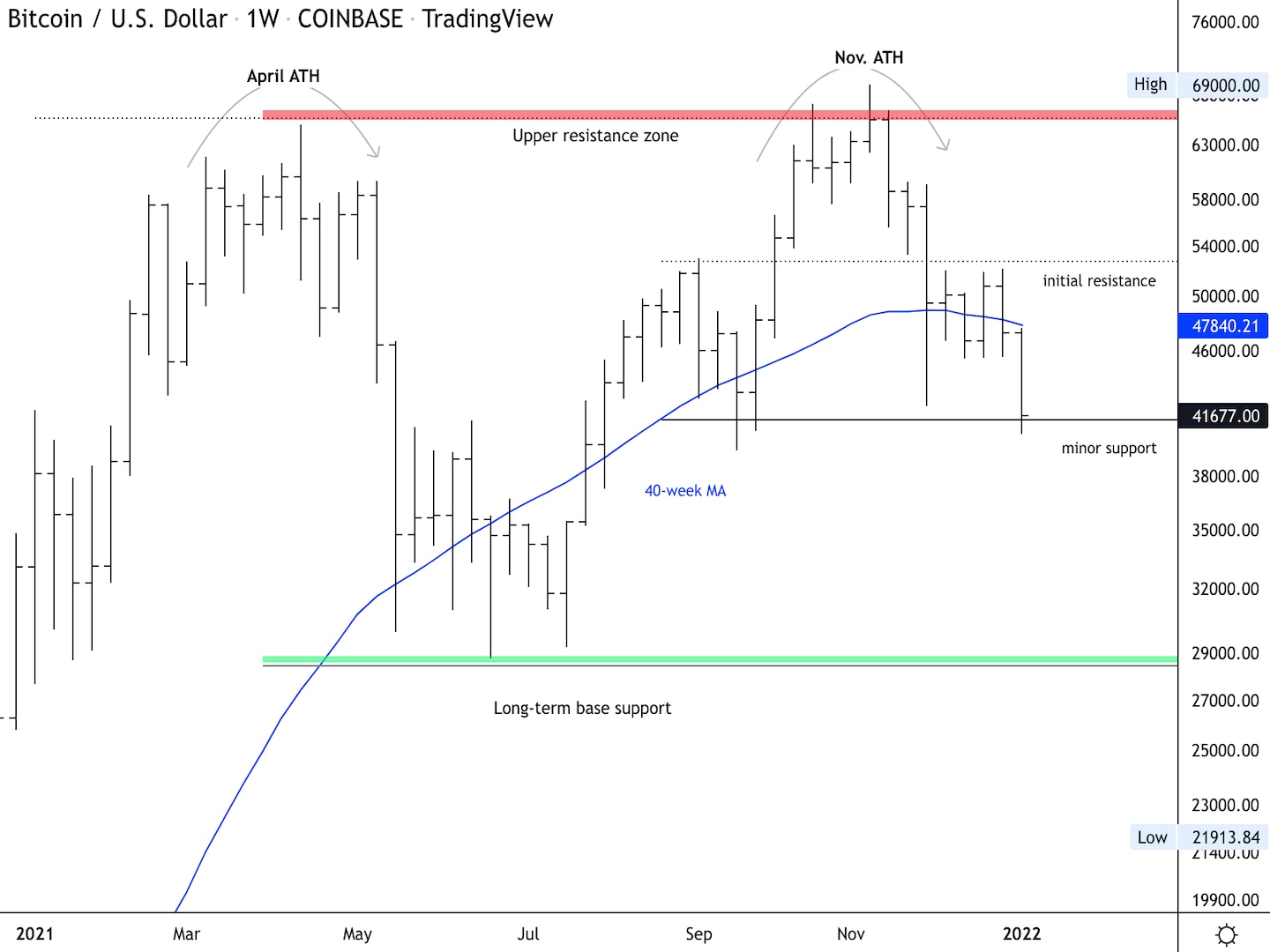 Bitcoin (BTC) remains in a two-month long downtrend, defined by a series of lower price highs.

The cryptocurrency was down about 9% over the past week as upside momentum continued to slow.

There is minor support around $40,000, which could stabilize the current pullback. However, upside appears limited around the $45,000 resistance level. This means buyers could quickly take profits if a price bounce occurs.

The relative strength index (RSI) on the daily chart is the most oversold since Dec.11, albeit within a price downtrend.

Over the long-term, BTC is vulnerable to further selling, especially if buyers fail to hold the $38,000-$40,000 support zone over the weekend. On the weekly chart, the RSI is not yet oversold, which suggests the downtrend remains intact.

BTC is roughly two weeks away from registering a downside exhaustion signal, which typically precedes a countertrend price bounce. Still, similar oversold readings on the daily chart have been delayed as buyers remain on the sidelines.

How the Economics of Bitcoin and Ethereum Shape Their Cultures

Ethereum’s economics are an interesting contrast to bitcoin’s monetary minimalism. It is important to state, especially in today’s…
byRichie
Read More

The Power of a Dollar-Cost Averaging Strategy

Sign-In With Ethereum Is Coming — CoinDesk

It’s just what it sounds like: a standard way to use an Ethereum wallet that you own as…
byRichie