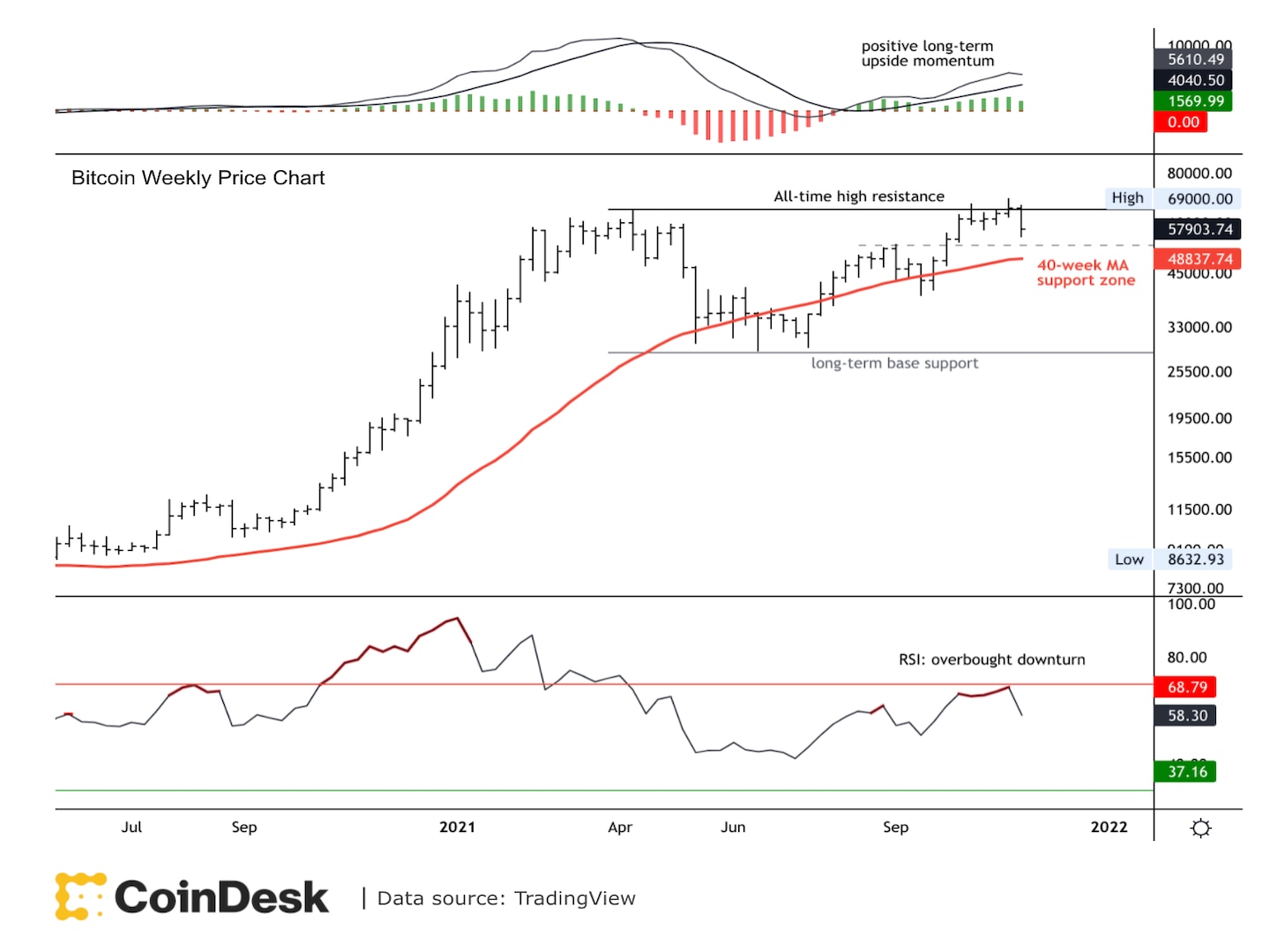 Bitcoin (BTC) is stabilizing after a near 10% decline over the past week. The cryptocurrency is holding initial support above $56,000, although resistance around $65,000 could limit further upside over the short-term.

The relative strength index (RSI) is oversold on intraday charts, which could encourage brief buying activity. On the daily chart, the RSI is approaching oversold conditions similar to late-September, which preceded a price recovery.

On the weekly chart, bitcoin’s long-term uptrend remains intact given the upward sloping 40-week moving average. Momentum is still positive on a weekly basis, which is consistent with a bullish uptrend. And the monthly price chart shows no signs of upside exhaustion yet.

However, the weekly RSI is declining from overbought levels, albeit less extreme relative to January. This means bitcoin is vulnerable to higher volatility as buyers take some profits.

For now, bitcoin will need to hold support and sustain a breakout above $69,000 in order to yield an upside target toward $85,000.

Austria to Tax Crypto Like Stocks and Bonds: Report