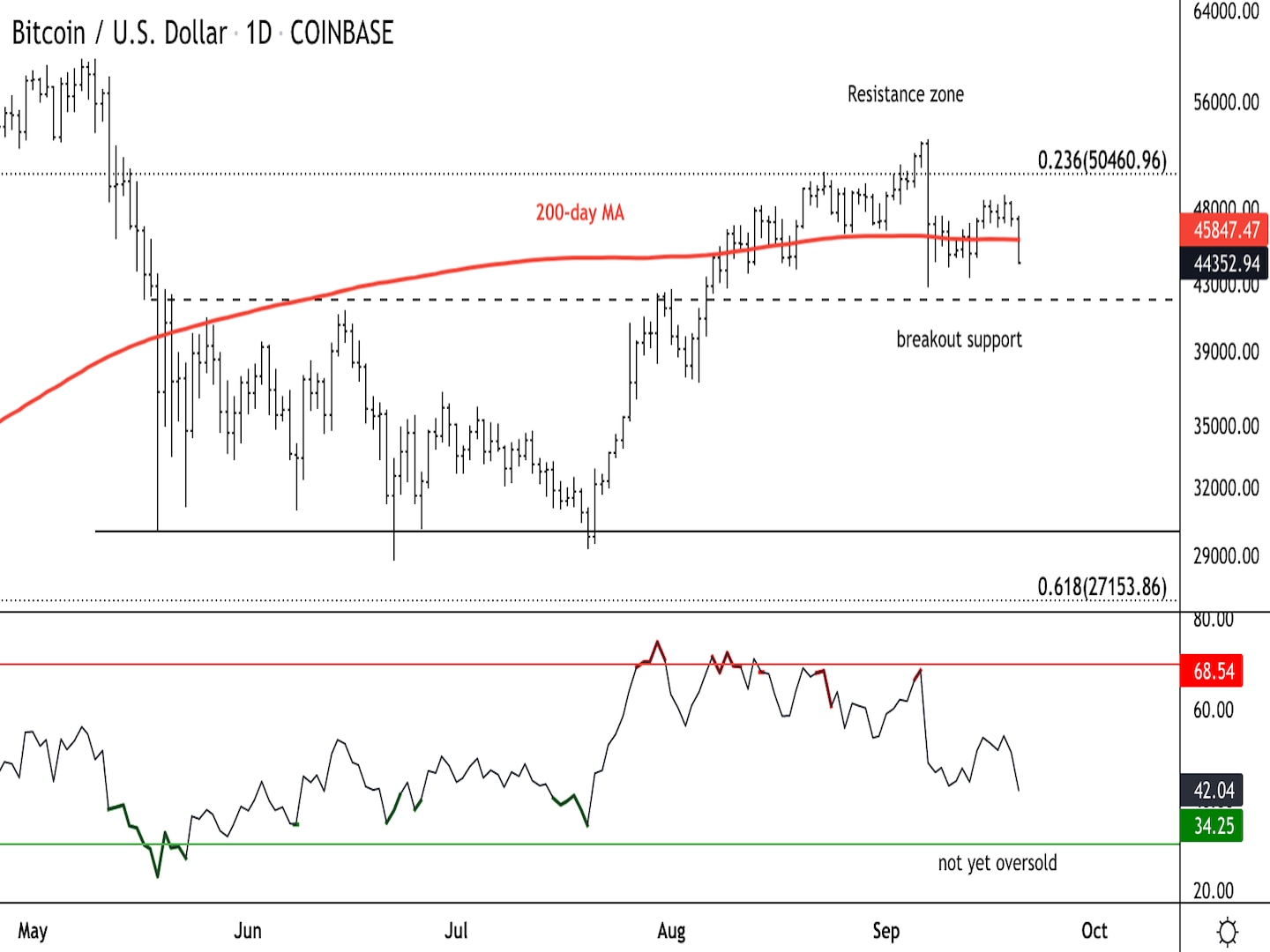 Bitcoin (BTC) sellers were active over the weekend as the cryptocurrency’s price dipped below the 200-day moving average at $45,000. Initial support is seen between the $40,000-$42,000 range where a breakout occurred on August 6.

The $50,000 resistance level was tested several times over the past few weeks, although buyers ultimately took profits as overbought signals appeared on the charts. BTC was trading around $44,200 at press time and is down 5% over the past 24 hours.

Genopets, a Solana-based non-fungible token (NFT) “move-to-earn” game where players are rewarded for the steps they take in…
byRichie
Read More

“While we do not expect COIN shares to move in a straight line, we see material upside that…
byRichie
Read More

Friends, The year ahead will be filled with upgrades and big ideas from across the Ethereum ecosystem. Since…
byRichie